Manila, Philippines. July 28, 2022: realme, the PH’s no. 1 smartphone brand for 2021 (based on Canalys and IDC sell-in reports for Q1-Q4 2021), is back in full swing to break the high-end market with the GT Neo 3. As the newest flagship disruptor in the local market, the realme GT Neo 3 takes Filipinos to the #NextLevelSpeed with its impressive gaming and battery charging speed.

Launched via a special livestream event on July 28, the realme GT Neo 3 offers impressive features that cater to heavy-duty mobile gamers and mobile photography enthusiasts. This time around, the brand was dedicated to developing battery, charging, and performance features for a next-level gaming experience. Coming from this, the GT Neo 3 is equipped with a 6.7” 120Hz OLED Reality Display, 5000mAh Battery with SuperDart Charge, MediaTek Dimensity 8100 5G Processor, and a Vapor Chamber Cooling System Max, among its other notable features.

The realme GT Neo 3 is equipped with a 5000mAh Battery with 80W SuperDart Charge which can power a fully drained phone from 0% to 100% in just 38 minutes. Complementing this is the use of an upgraded Vapor Chamber Cooling System Max which ensures that battery health is maximized through an improved cooling and much faster heat dissipation.

In addition, the realme GT Neo 3 is powered by a MediaTek Dimensity 8100 5G Processor with Mali G610 MC6 GPU and a 120Hz Refresh Rate, providing a smooth gaming experience and transition between apps as well as support for high fps games.

When it comes to camera capabilities, the realme GT Neo 3 boasts a triple camera setup with a 50MP Sony IMX766 OIS Rear Camera that has a larger sensor at 1/1.56”, allowing more light to enter for better image and video production. For a Street Photography 2.0 experience, the realme GT Neo 3 also has a dedicated street mode with features such as Peak & Zoom, 90’s Pop Filter, and DIS (Dynamic Image Snapshot). In terms of front camera, the realme GT Neo 3 is equipped with a 16MP Selfie Camera that is perfect not just for capturing clearer selfie shots, but also for livestream and online video calls. The GT Neo 3 is packed with a screen-to-body ratio of 94.2% and a touch-sampling rate of 360Hz.

To complement all the mentioned innovative features is a sleek, Racing Stripe Design inspired by the Ford GT40 that beat a Ferrari for the first time at Le Mans back in the 1960’s. This symbolizes the next level speed that realme GT Neo 3 can provide every Filipino. 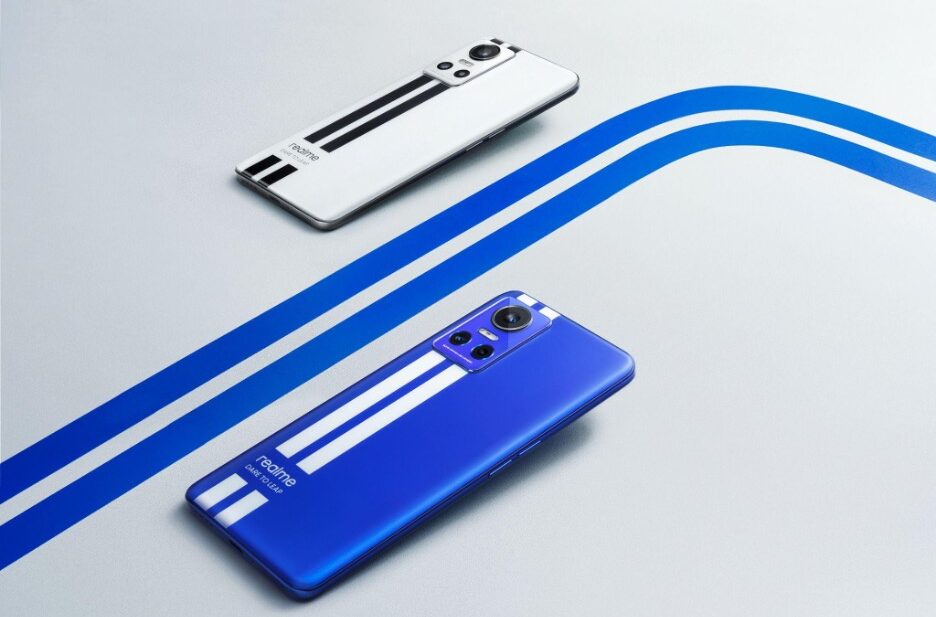 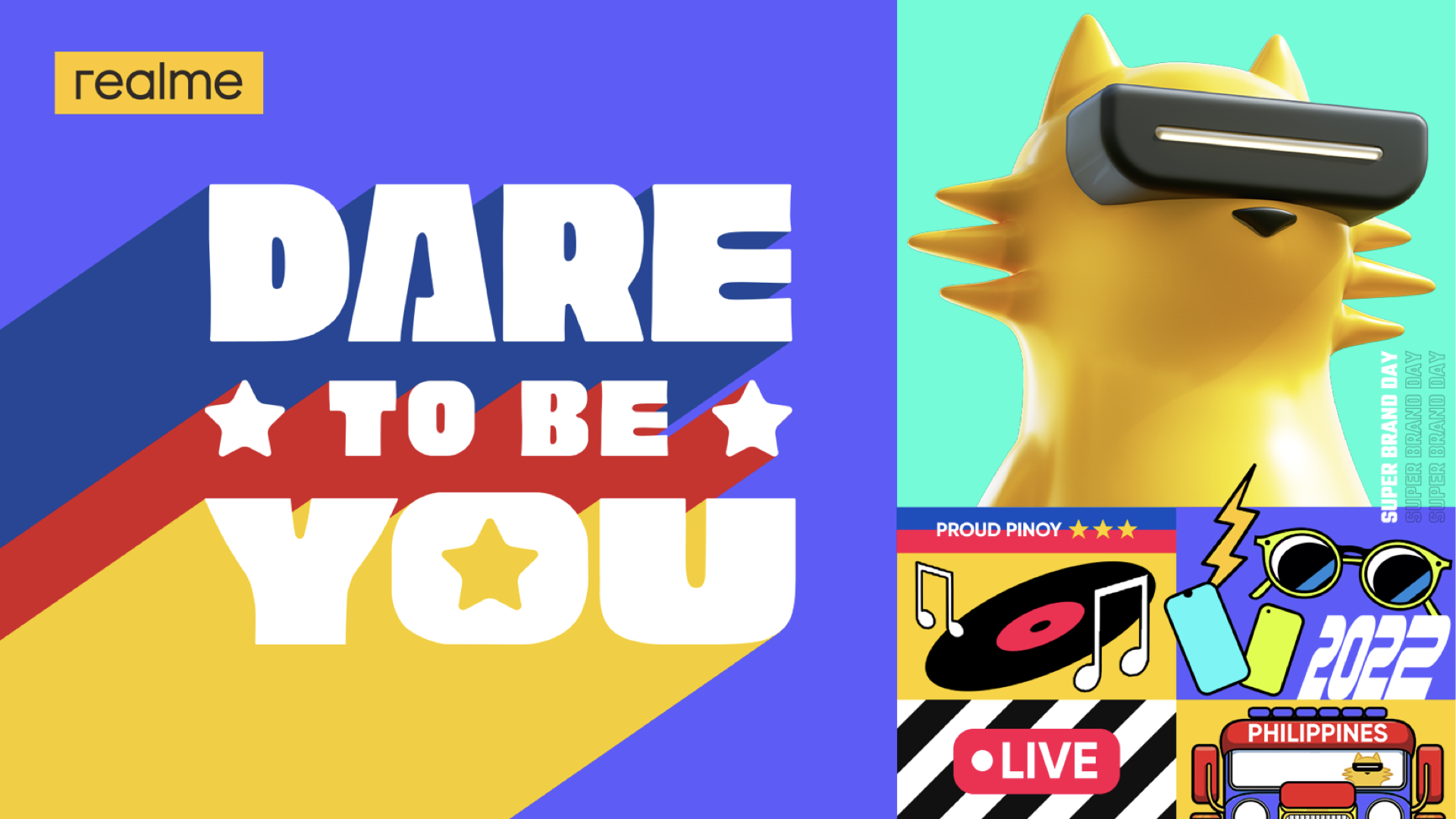 Buckle up for realme’s month-long 2022 Fanfest in August

realme also revealed their highly anticipated realme Fan Festival #DareToBeYou during the livestream. As realme continues the #realmesupports local campaign, this year’s Dare To Be You will focus on celebrating Filipinos who dared to stay true to themselves and express their own uniqueness. The realme Fanfest will also celebrate those who took the courage to follow their passions and dreams to become internationally known in their respective fields.

The annual celebration is the smartphone brand’s initiative not just to stay connected with its customers, but also to give back to its community through social media engagements, CSR activities as well as fan and employee treats.

realme Squad can enjoy month-long activities as well as exclusive discounts and offers, starting with the launch of the GT Neo 3 and the realme Buds Q2s. This will also be followed by the payday sale and 8.8 mega campaigns on both Lazada and Shopee. Starting August 1, buyers of the realme Pad will receive a free DIZO GoPods D and buyers of the realme Pad mini will get a free DIZO Wireless Power. Customers who purchase any realme items in their official stores nationwide can get a chance to win realme Powerbank 2 by joining the TikTok challenge together with their realme promoter. realme fans are also in for a treat as they get to enjoy a music-filled night with local OPM artists in culmination of the month-long realme Fanfest too! These are just some of the treats that realme has in store for us for next month. Be sure to follow their social media pages as they unlock the surprises in the next coming days!

Go all out with other realme products!

Joining the fun is the realme Buds Q2s which was launched together with the realme GT Neo 3. This realme Buds Q2s invites Filipinos to #GrooveAllDay Long with its 30 Hours of total playback time, large 10mm Bass Driver with support for Dolby Atmos, and a super low latency at 88ms. It is available in three colors: Paper White, Paper Green, and Night Black that each retails for only P1,490. As part of Lazada’s Payday Sale, the realme Buds Q2s will be available at a discounted price at only P990 on realme Flagship Store on Lazada from July 29 to July 31 as well.

Meanwhile, the latest addition to realme’s C series entry-level line-up was launched earlier this month. The new C30 is designed with a Unisoc T612 Processor, 5000mAh Massive Battery and an 8.5mm Ultra Slim Vertical Stripe Design with flat edges. It only weighs 182g with a screen-to-body ratio of 88.70% that makes it very easy and comfortable to hold so users can enjoy using the phone anywhere and anytime. The realme C30 is available in three (3) fun colors: Bamboo Green, Lake Blue, and Denim Black and retails for P5,499 for the 2GB+32GB variant and P6,499 for the 4GB+64GB variant.

realme GT Neo 3 launching in the PH on July 28

Here's a quick mix of some of the devices from @re

The most asked question I would often get when tak

Gaming Earbuds is officially a thing now in 2022,

Here's another photo that was taken on the #realme

This is the #batmanwholaughs a relatively large sc

This is the #realme9ProPlus which I have been exte

This is the #Edifier240TN one of the latest produc

Testing out this #Lightshift Feature of the #realm

This is the #NextLevel smartphone from @realmeglob