The realme 9 Pro Plus is realme’s latest addition to the number series which brings a wide range of flagship features to the midrange segment giving consumers more value for the money. As awesome as this sounds, there’s actually a lot more to it than just a marketing slogan.

In this long term written review, we’ll be diving into my personal experience using this device extensively from the point of when I got this before the official launch in the Philippines, to my 7 day review all the way to the present.

This will include the overall performance, how does it compare some pros and cons and what I feel would make this even more impacting to consumers in 2022, especially for those looking to get a new smartphone as their daily driver. 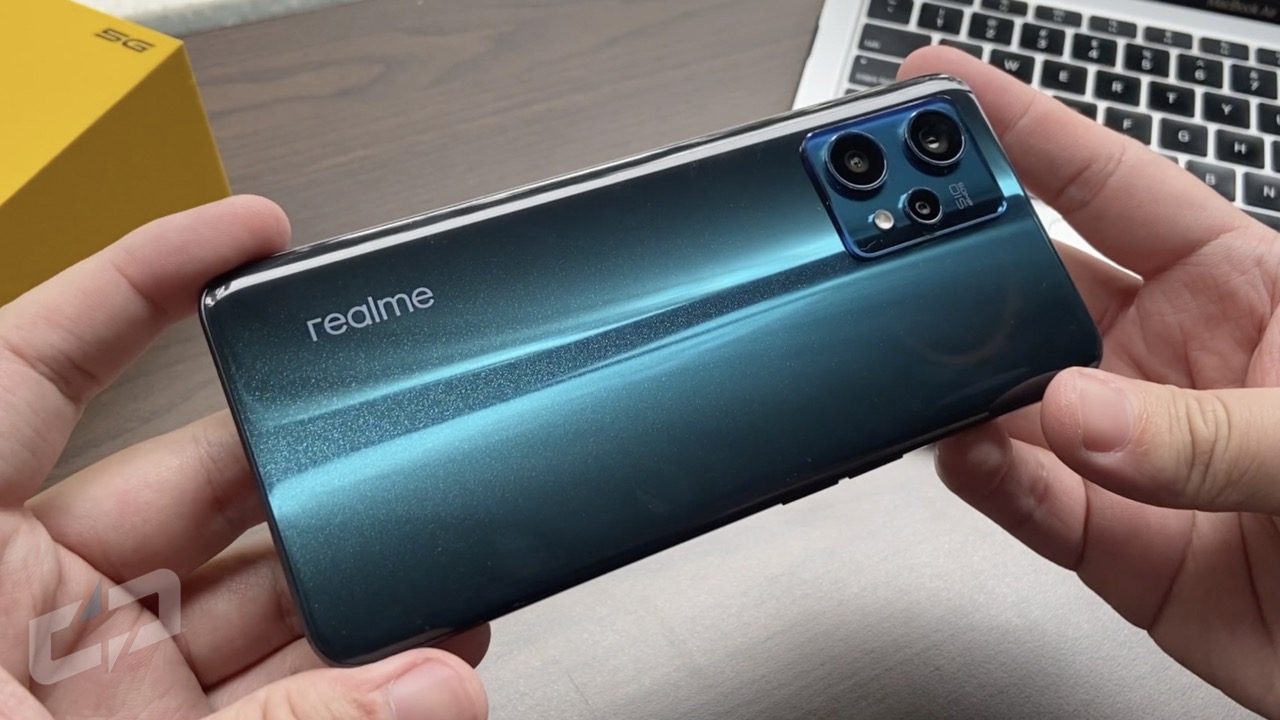 realme 9 Pro Plus – Feel In The Hand

One thing I like on how technology is, is that everything evolves relatively fast and with that level of evolution comes the feel in the Hand. This is important as it dictates how much tech can be squished inside a device and the realme 9 Pro Plus is astonishing in this department.

the realme 9 Pro Plus sits at the odd size and dimension of smartphones. The standard size that the majority has seen over the past few months would be either at the 6.1″ or at 6.7″ category, while the 9 Pro plus is at a comfortable 6.4″ inches.

Though to some this may still seem like a big number but in person when held, considering it weighs less than 200 grams, it feels very light and easy to use one handed with no wrist strains which then converts to a much more enjoyable experience.

Speaking of weight, despite weighing at 182 grams specifically, the realme 9 Pro Plus still packs in a respectable 4,500 mAh battery which is still above average in terms of battery size but still maintains that light weight feel.

Though I would’ve appreciated an IP rating at least to seal the deal, a little water resistance would’ve been great since the Philippines does have the sunny and raining seasons. Either way, I think realme did execute the design department really well for the 9 Pro Plus as well as the 9 Pro since they do share the same design langauge.

For a quick rundown with it’s key features as well as an unboxing experience, check out this video below:

When talking about Android devices, part of the conversation has always been the software aspect and with the realme 9 Pro Plus, we’re treated with realme UI 3.0 which is realme’s OS based on Android 12.

In a nutshell, the user interface is basically close to what is considered to be Vanilla stock Android.

In my honest opinion, the clean user interface with minor tweaks is very similar to that of a OnePlus device dating back in the early 2018-2020 with a mix of some elements from OPPO which are both sister companies of realme, just catering to different markets. 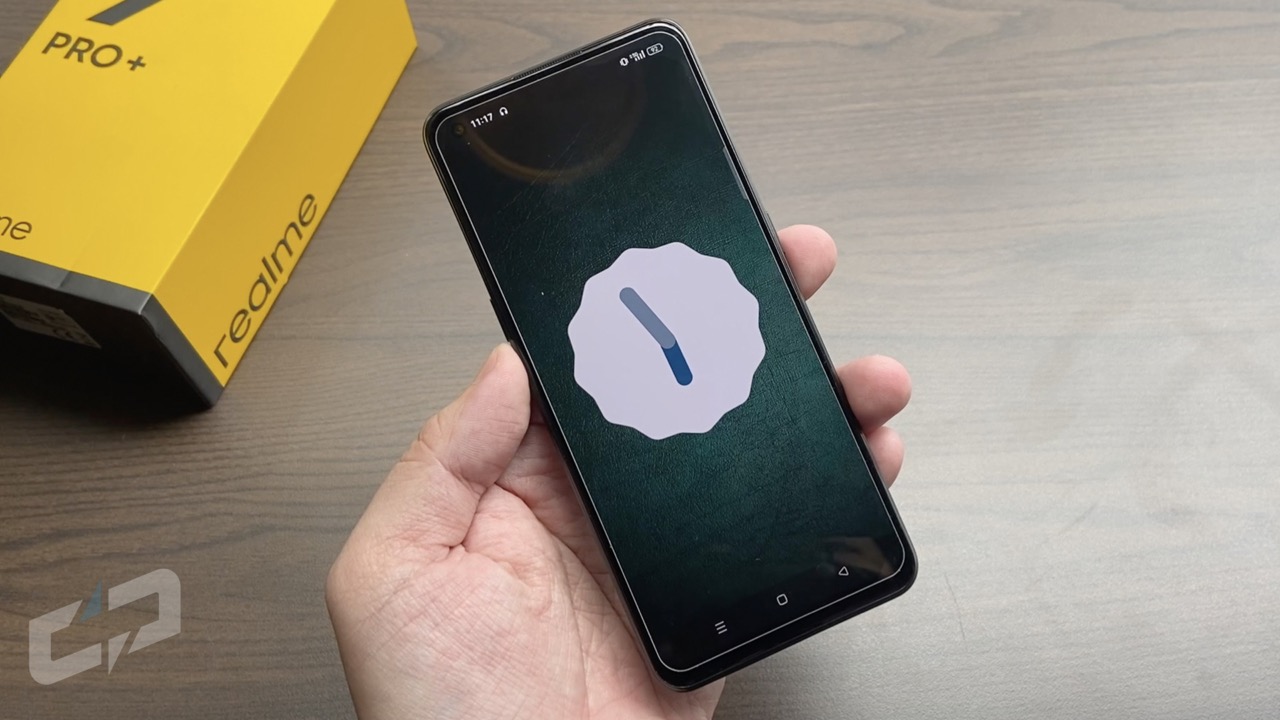 The user interface is overall clean, and the display is beautiful, Though I did encounter a few challenges despite having a higher refresh rate as it supports 90Hz there are the occasional but, very rare hiccups when multi-tasking more than 10 applications running in the background.

Now at this point in time it is too early to say how realme would fair in the long run in terms of software updates but during the live event they did say that the realme 9 Pro series will be getting 2 years worth of software updates and 3 years of security updates which is currently the standard for most, so you’re not really missing out on this department. 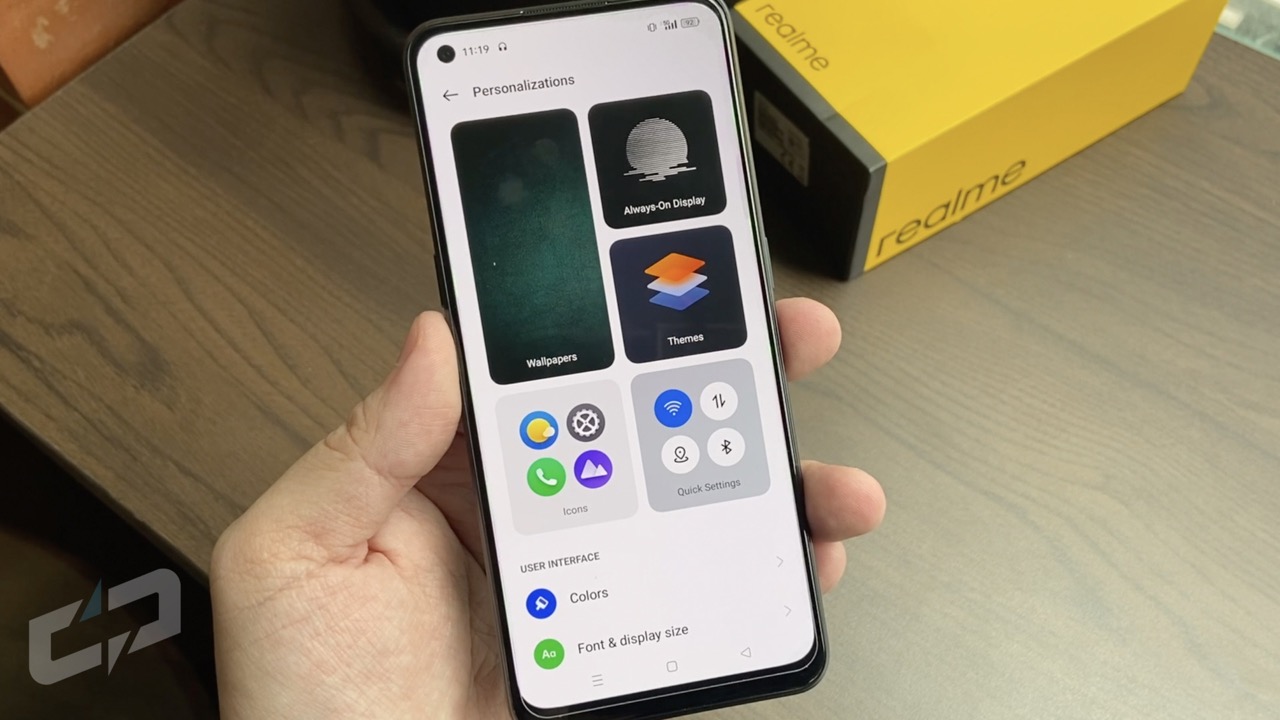 Some of the added features of realme 3.0 are mostly aesthetics on how to enhance the overall look based on how you see it. Ideally, this approach is basically the direction of having to install 3rd party launchers, then again, Android is designed to be personalized as to how you see fit and that is what makes Android devices stand out over the iOS counterpart. 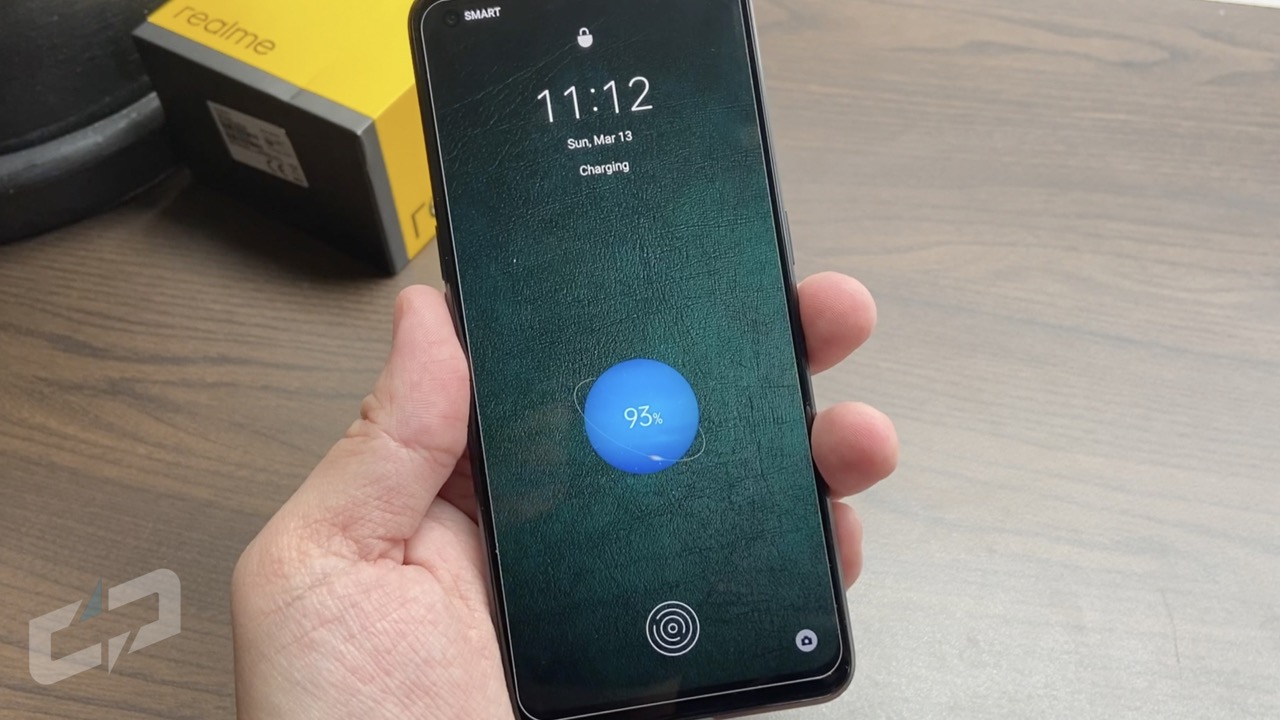 The realme 9 Pro Plus as stated earlier packs in a 4,500 mAh battery with support for 65w fast charging, as a treat to whoever buys this product, will be glad to know that the realme’s super dart charger comes in the box. This to me isn’t supposed to be a conditional thing, if a smartphone is being marketed as a product that can charge fast, a charger should be included in the box no questions asked.

Unlike brands such as Samsung or Apple where they’re trying to save the world by giving consumers stress on how to charge their devices, realme is generous enough to include the heavy duty SuperDart charger in the box that can juice up the realme 9 Pro Plus to 100% in just 44 minutes. 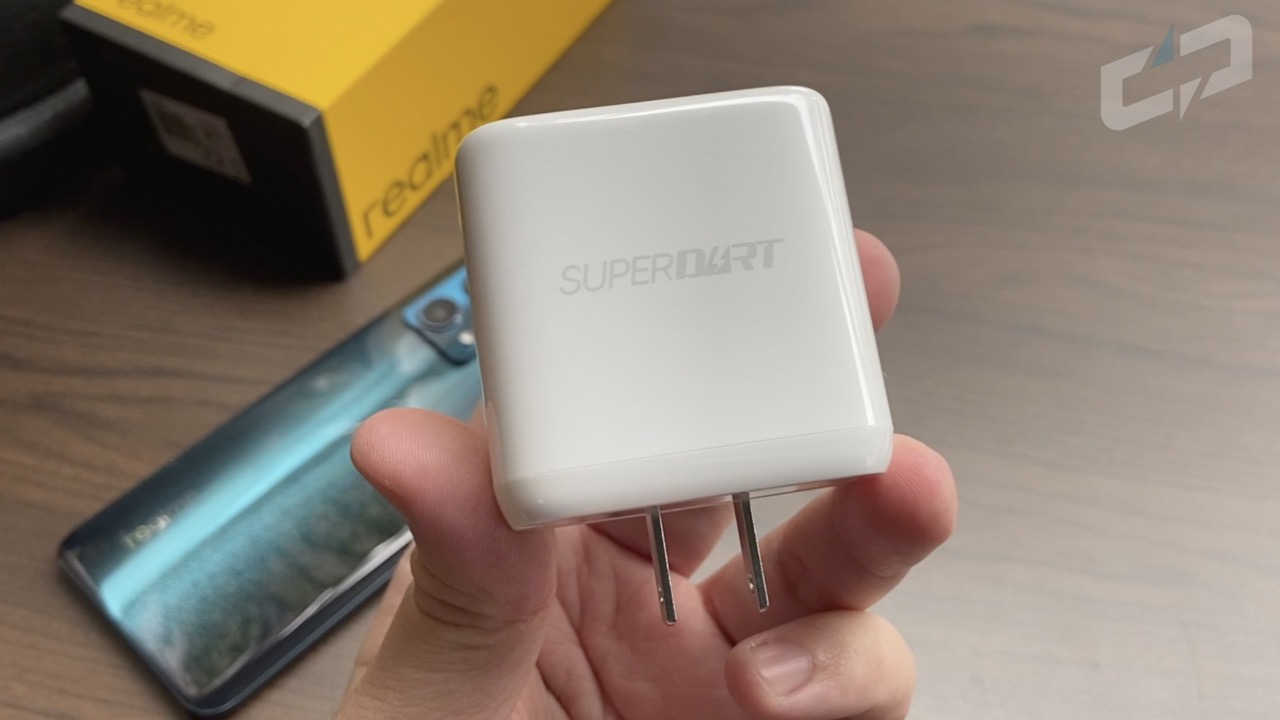 Though in my personal usage, I never really had to wait that long since I don’t let my device drop to 10% or even 40% for that matter.

Since my lifestyle evolves mostly on creating content, I’m always on the go and can’t take the risk of having to leave the house without having my smartphone charged at a hundred percent. Previously I was using an iPhone 11, and although this supports 18w fast charging, it is a far cry to even hit 100% in just one hour. This means, If I have an event the following day, I’d have to wake up earlier just to make sure my iPhone is charged enough to handle my outdoor ventures. However, with the realme 9 Pro Plus I can sleep the extra 30 minutes more knowing that I can juice up my smartphone in just 15-20 minutes tops and I’d be at least at the 90-95% mark. 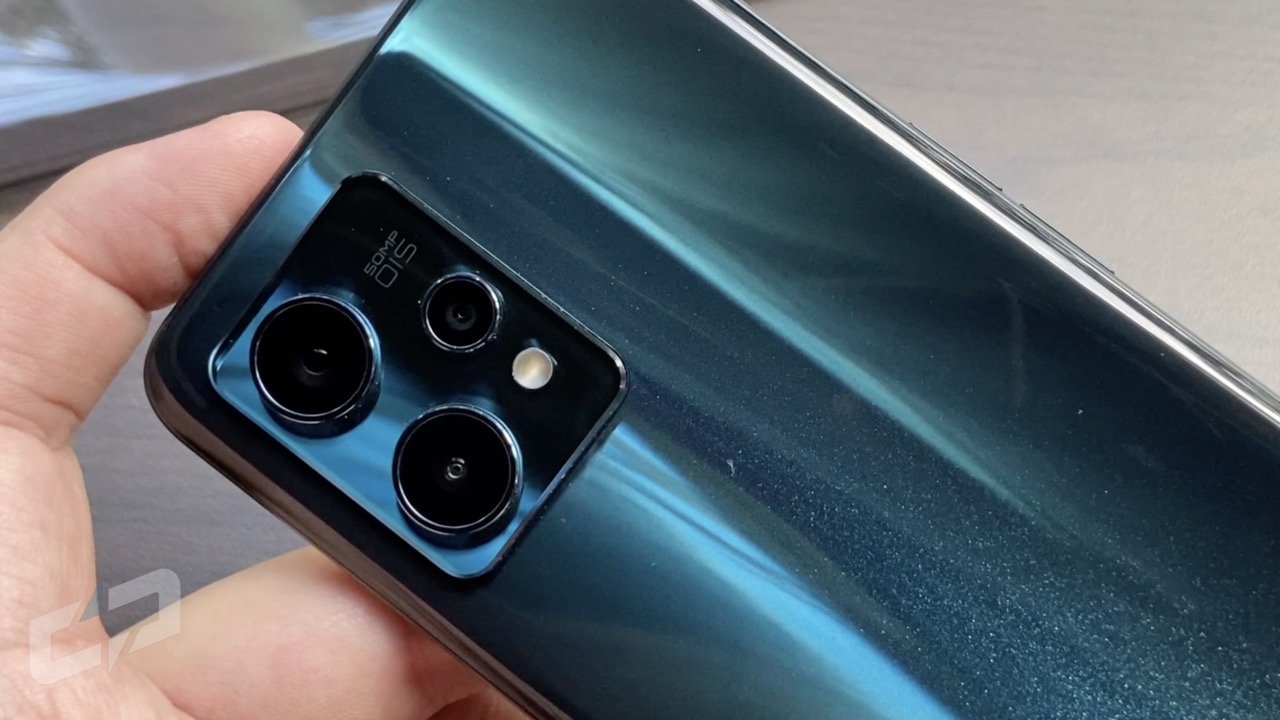 With all the bells and whistles the realme 9 Pro Plus brings to the table, the camera department is arguably the star of the show as it brings a flagship lens into the mix making this a stand out feature amongst the rest of the pack of smartphones in the upper mid-tier category. It has a triple camera configuration where the primary lens is a Sony IMX 766 50 MP lens with OIS (Optical Images Stabilization) which is also seen in other flagship smartphones released earlier this year to the present. This is paired with an 8 MP Sony Ultra-wide lens and is complimented with a 2 MP Macro lens.

In my honest opinion, the camera performance of the realme 9 Pro Plus is indeed flagship grade, it does deliver, there were some elements that were given emphasis especially in bright and well lit conditions as seen in the images above. Video recording was also impressive, my default when taking videos has always been on an iPhone but to see this level of performance on a mid-range device is just amazing. Though It wasn’t all perfect as like most smartphones, I did encounter a few challenges where I had to take multiple images of the same subject before I could get the right Image I was looking for.

Though I wouldn’t say this is a con or anything of that sort, it was really more of just having to satisfy my attention to detail when taking photos on a smartphone.

Okay so I think at this point I’ve made myself clear that the realme 9 Pro Plus is by far a very worthy smartphone to consider as your next daily driver in 2022, but there’s more features that I’m 100% sure will tickle your fancy most notably the return of the 3.5 mm headphone jack. 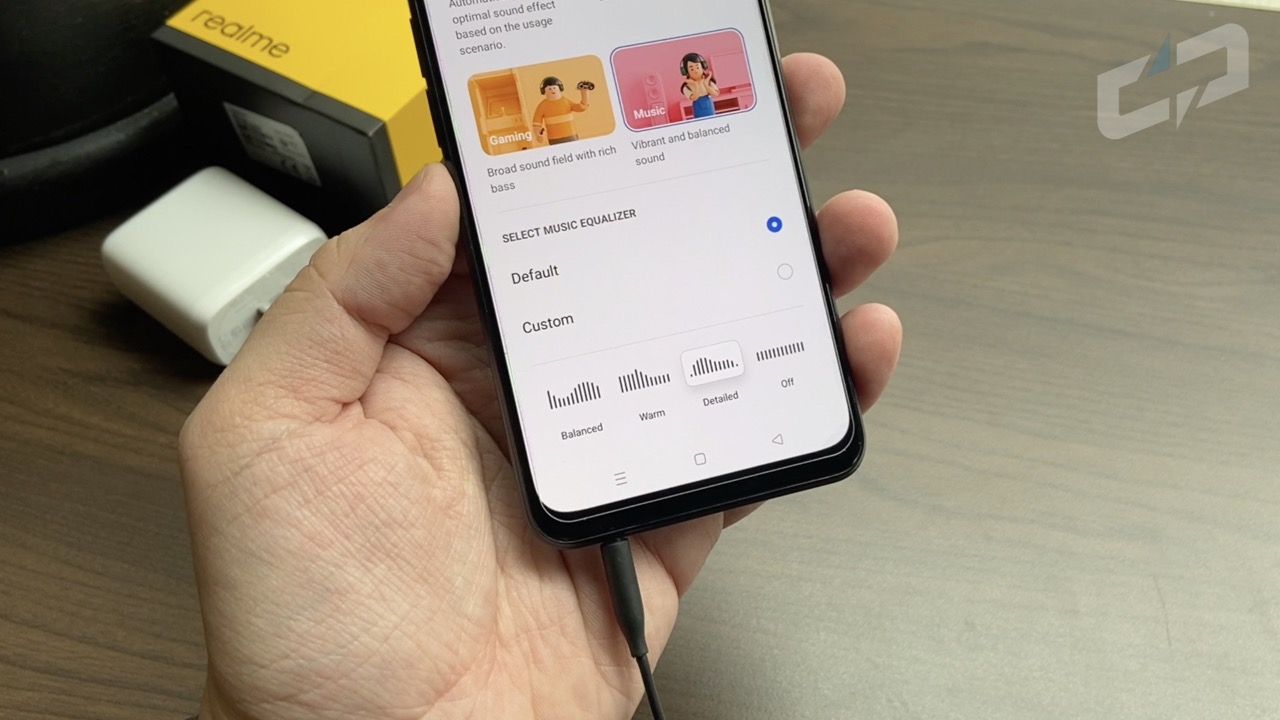 Now if that’s not enough, the realme 9 Pro Plus comes with stereo speakers, support with Dolby Atmos and is equipped with a music profile switcher and an equalizer should you prefer to make your own blend in terms of music. I personally prefer the more bass-centric type of sound but in some cases I prefer flat when binge watching TV shows on Netflix and this is well equipped to give you that flexibility.

The realme 9 Pro Plus also comes with a 90 Hz refresh rate as mentioned previously. This basically means when consuming content, or browsing through your jam pack album filled with those awesome photos, you can get that buttery smooth experience. When playing games it also comes with a 360 Hz touch sampling rate which gives you that extra edge when playing games as the screen reacts a lot faster as opposed to other smartphones with a lower touch sampling rate.

Long term wise, having to have this feature will lessen the probability of consumers in changing smartphones as this is usually the first sign that indicates slow performance, since the refresh rate is smoother than most it’ll take a while before it starts to perform really slow.

One cool feature of the realme 9 Pro Plus that not a lot of smartphones in 2022 (even flagships) come with is DC Dimming.

To put it simple, smartphones that come with an AMOLED or OLED display tend to have a flicker effect in low light situations, this can also be seen when a camera is pointed at the screen of the phone while the brightness is set at 10-20% in a dark room.

most people don’t actually see these or is affected by this as a matter of fact based on a scientific survey not too long ago, only 5% of the total population is affected by this where it causes a series of migraines dizziness etc, sadly, I’m one of that 5% (yep hahaha) but because this comes with DC Dimming, it is a welcome treat for me as I can now use the device even in not so well lit environments. Below is an example of what happens when in a dark environment and the brightness is lowered to 20%. Now before I dive into my conclusion, there is one other feature that realme introduced during the live event which is the heart rate sensor. Normally you’d hear this feature in a smartwatch but realme managed to integrate this feature with the realme 9 Pro Plus. 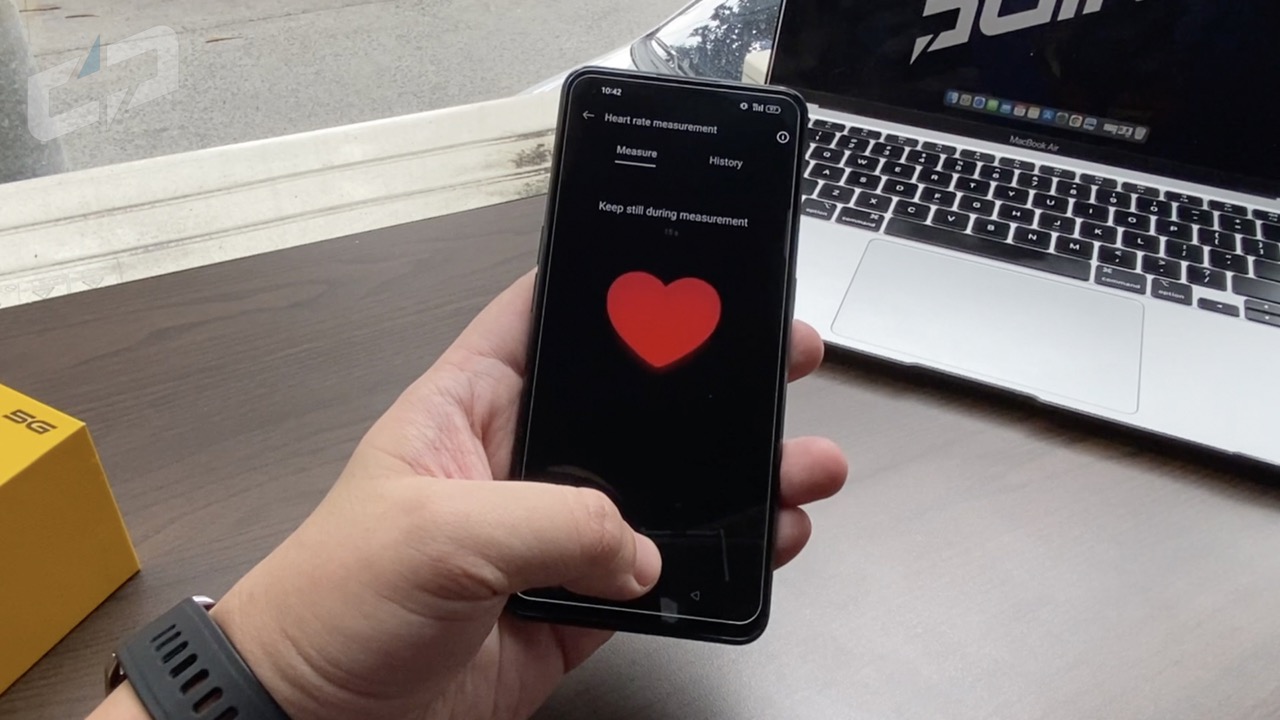 This is achieved by using the same sensor used in unlocking the phone with the in display finger scanner. Though I’m not yet 100% convinced the readings are accurate but just like smartwatches, It is always a welcome feature as it can be used as a means of a guide and a reminder for you to stop diving in Korean restaurants selling unlimited beef and pork and try to be a little bit healthy, nothing against it but of course as you age it may have an impact and if you forgot your smartwatch, this feature would be most useful.

Conclusion to my Long Term Review

In conclusion, It is without a doubt that in these trying times, it can be quite difficult to spend your hard earned money on a smartphone or with technology that constantly evolves in a rather short period of time, but long term wise it is indeed important to figure out the features that matters to you, what would make your life easier and can potentially make things efficient with your work.

Coming from someone who generally uses Apple products, (a Mac and an iPhone), I can honestly say the realme 9 Pro Plus is indeed a very compelling product to consider in 2022, it packs in a ton of flagship features without carrying a flagship price and still delivers on where it matters.

Comment below if you have any questions, thoughts and the like and consider subscribing to the channel at https://www.youtube.com/Chrisispoint for more tech reviews and unboxing videos.
Cheers!